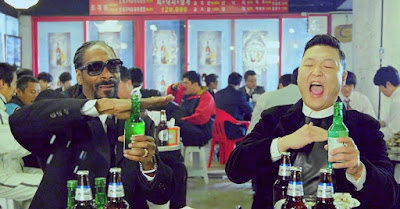 Yesterday, I woke up at 11 a.m. and drank a cup of genuine Coca-Cola. I'm still at The Queen Elephant's house, and we ran out of coffee. Then I read the paper while enjoying a bathroom break. A criminal gang from Beijing was busted for stealing neighborhood dogs. These thugs butchered the animals and sold the meat to local restaurants at cheap prices. They could spend many years in prison for their crimes. I'm not a big animal guy. A few less dogs in the world is just what the doctor ordered. But what do I know?

Miz Perfect went to Daejeon to visit her sister. She gave me a few bucks to bring Rice-Boy Larry to the internet cafe. He played games for hours and hours. Meanwhile, I watched several YouTube videos featuring the sermons of Pastor John MacArthur. His style of public speaking is spellbinding. I could listen to him talk all day.

Miz Perfect called. "I not come home till rate. Bling Rarry to Homeprus for da pitsa."

Homeplus is right across the street from this particular establishment. We walked to the basement of the department store and ordered a medium pepperoni pizza with no cheese. I never eat the stuff. It makes me ill.

The woman behind the counter kept touching Larry's cheeks. She was fascinated by the fact that a little white man could speak her language like a native. She couldn't get enough of him.

The meal was quite delicious, and it only came to ten dollars. I washed the vittles down with a big plastic bottle of Sprite. Then we returned to the PC room. I wrote my stupid blog while Rice-Boy played more games. He had a great time.

We finally made our way home at nine p.m. I was in the mood for a beer. But beer in Korea is very expensive. A domestic tall-boy costs over two dollars at most stores. The price is simply ridiculous. So I purchased soju instead.

I'm simply tired of soju. I'm never going to drink the stuff again. I looked up the price of beer in China, and it's cheaper than America. I plan to spend the rest of my days guzzling Tsingtao and Harbin in the comfort of my apartment. Praise the Lord! 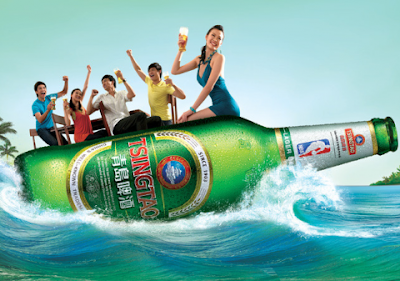 (I'm going to be a beer-head once again.)

I said my prayers and went to bed at one a.m. I slept like the dead.
Posted by Jack Smith at 2:14 PM