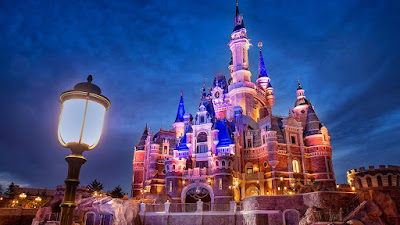 Yesterday, I took my family to a restaurant for dinner. We ate Brazilian barbecue. Waiters approached our table every couple of minutes to fill our plates with beef, lamb, and pork. The food was savory and succulent. It came to seventy dollars for three people--which is a bit pricey in my opinion. I washed the meal down with two huge glasses of draft beer. A good time was had by all.

We returned to our humble abode. My wife found a rat caught in a glue trap under our sink. The beast was dead by the time we discovered its carcass. Rodents are common in Shanghai. These animals scare the crap out of me because they carry all types of diseases which affect humans. You can even contract meningitis just by breathing in the fumes from their shit and urine. Scary stuff. Glue traps are inhumane, but I don't care. I'm not taking any chances with filthy vermin. All rats should die.

I watched the newest episode of American Horror Story. This season revolves around a cult comprised of fags, militant lesbians, and Donald Trump fans. They dress up as clowns and stab innocent victims with butcher knives. They also use a nail gun to dispatch the unworthy. I like the series very much.

I went to bed at 2 a.m. I said the Lord's Prayer on bended knees and did my best to get some shut eye. But I couldn't sleep. I don't like living with rats. I feel like I'm stuck in the Tower of London back in the Medieval period. Yuck.

I woke up at 10 a.m. and drank a cup of instant coffee. Then I read the news while enjoying a bathroom break. Hillary Clinton was recently on the Tonight Show with Jimmy Fallon. Miley Cyrus cried in her arms. Miley is still upset that Big Don won the race. That crazy bitch needs to get over it.

Today, I'm buying season passes for Disney Land. We will soon take an Uber to the guest center. For three people, it comes to seven hundred dollars. I can go on any day up to January 25. After that, I have to buy more passes. That's almost four months of Disney joy. Yippeeee.

Anyway, I've got nothing left to tell you. So long for now, and God bless everybody.
Posted by Jack Smith at 2:16 PM