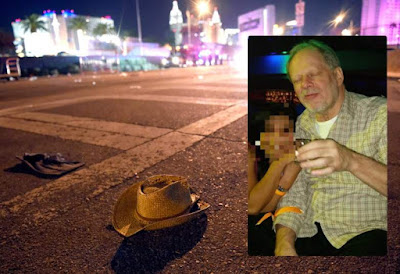 Yesterday, I took my family to dinner at a local hotel. We had shrimp, clams, banana bread, and fried rice. The meal was quite good. All the dishes--except for the bread--were very spicy. I'm into spice. The pain brings me joy. I washed the vittles down with two big bottles of Suntory beer. A good time was had by all.

I returned to my humble abode and watched the latest episode of The Exorcist. Season 2 is now underway. Satan is attacking a foster family. One of his demons has just possessed a little blind teenage boy. The problem with The Exorcist is that it's just too scary. A guy could literally shit his pants watching this show. It's the stuff of nightmares. Consequently, I'm giving it my highest recommendation.

I went to bed at 2 a.m. It's vacation time here in China, so I don't have to get up for work until next week. I said The Lord's Prayer before hitting the sack. I had a very difficult time falling asleep. I kept on thinking about The Exorcist. That program will definitely keep you on edge.

I woke up at 9 a.m. Rice-Boy Larry's friends kept ringing our doorbell. They invited him to come outside and play. Larry likes riding his skateboard.

I called Ken the Atheist. I asked him about school. He told me that he likes all his classes except for AP European history. Ken doesn't appreciate history or literature. He's more of a math and science guy. He's thinking about becoming a registered nurse in the future.

I made myself  a cup of instant coffee. Then I read the news while enjoying a bathroom break. A man named Stephen Paddock killed 59 people in Las Vegas with several automatic weapons. It's the deadliest mass shooting in American history. Mr. Paddock has no digital footprint. Furthermore, he left no manifesto. His actions are clouded in mystery. Perhaps the devil made him do it.

The weather has cooled down. I'm no longer dying from heat exhaustion. Autumn in Shanghai is rainy and warm. My plans? I'd like to sit on my sofa and watch television. But I'm not sure if Miz Perfect will bend to my wishes.

Anyway, I've got nothing else to tell you. So long for now, and God bless everybody.
Posted by Jack Smith at 11:58 AM